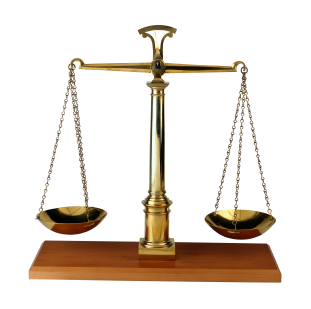 And the king commanded Hilkiah the high priest, and the priests of the second order, and the keepers of the door, to bring forth out of the temple of Yahweh all the vessels that were made for Baal, and for the grove, and for all the host of heaven: and he burned them without Jerusalem in the fields of Kidron, and carried the ashes of them unto Bethel. – II Kings 23:4

The preacher that bright Sunday morning was expounding upon the events of the Exodus, focusing in particular on Sinai.

“As we all know, it was at Sinai that God gave Moses stone tablets containing the Ten Commandments.” He clicked forward through the slideshow. A list of the Ten Commandments appeared on the large screen in front of the congregation. “These were laws Israel was expected to follow. Of course, we aren’t expected to apply them as law today, but they’re definitely good for Christians to use as guidelines in their lives.”

I bit my tongue. How could any serious scholar of the Word blithely reduce the Ten Commandments to the Ten Good Suggestions in front of his flock and not blush? All I could picture were the plaques and monuments of the Ten Commandments being forcibly removed from schools and public buildings all over the nation, and this preacher standing by, shrugging and saying, “They’re only guidelines anyway.”

The idea that the Ten Commandments, with their statutes and judgments, are no better than suggestions is a recent idea that would have horrified most Christians a mere one hundred years ago. Murderers back then could expect execution if convicted. Stores across the nation closed on Sundays. Sexual perversion wasn’t nearly as prevalent and those who practiced it didn’t flaunt their deviance. It was a wholly different world, one for which the older folk of today pine with fond remembrance, and for good reason. Society actually functioned then, insofar as it paralleled with Divine morals. People in general were happier and more secure.

Today, the landscape has been quickly sliding toward dystopia. Crime rates, sexual deviance, theft, depression, economic crises, government overreach, and war, to name only a few, run rampant. What has changed? Is there a connection to the removal of Scripture and its Law from prominence among our people? Could it be that, without commandments by which to live our young folk find themselves dumped into a world in which “anything goes” and no standard is offered? Could it be that as we uproot the Decalogue from our courthouse lawns we also uproot the lifeline of a stable society? Could it be that those Ten Commandments are, rather than Ten Suggestions, Ten Foundations for Human Existence?

Furthermore (and perhaps even more frightening), what commandments are we erecting in their place?

Continue reading through the following pages (links below) to explore further. Law is not as complex a concept as most of us have been led to believe.

The Law of Love
The Least In The Kingdom
America: A Nation Of Laws?
What Is A Law?
“We The People”
The Nature Of A God
Government Is Religion
Law Is Claim To Divinity
Authority Implies Ownership
The Law Of Liberty
Fiat Kingdoms
Destroying Our Idols
Obey The First Commandment: Reject The First Amendment